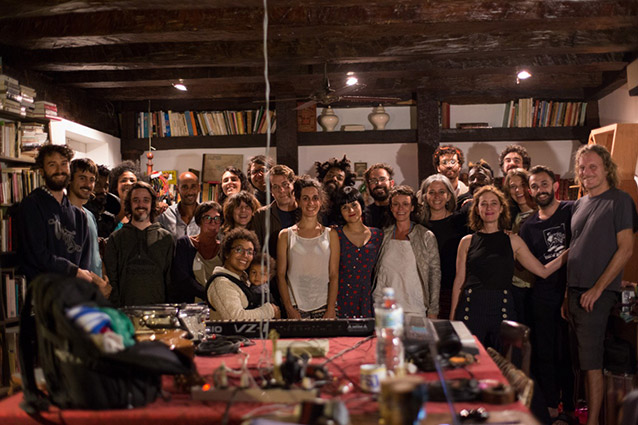 The art residency São João takes place in a colonial farm built in the 19th century during the historic Brazilian “coffee period”. It is located in the north of the Rio de Janeiro state, about 3 hours drive from Rio.

I have participated of the third Somsocosmos Residency which hosted an international group of musicians, sound artists, researchers and therapeuts, living and working, together, offline, during two weeks.

During the residency an open studios event was held for the local community, with concerts, videomaping, fire improvisation and local food. After the residency happened the Somsocosmos festival at Audio Rebel in Rio de Janeiro, with a series of concerts, DJ sets and live transmissions. Finally, a night of performances occupying a public space was organized in partnership with lanchonete.org in São Paulo.

In the Park is one of the songs that I’ve worked during the residency in collaboration with some participants.
Composition: Roberta Ainstein
Voice and melody: Margarita Gulian
Guitar: Nicolás Gulluni
Clarinet: Watsun
Percussion: Bruno Iasi